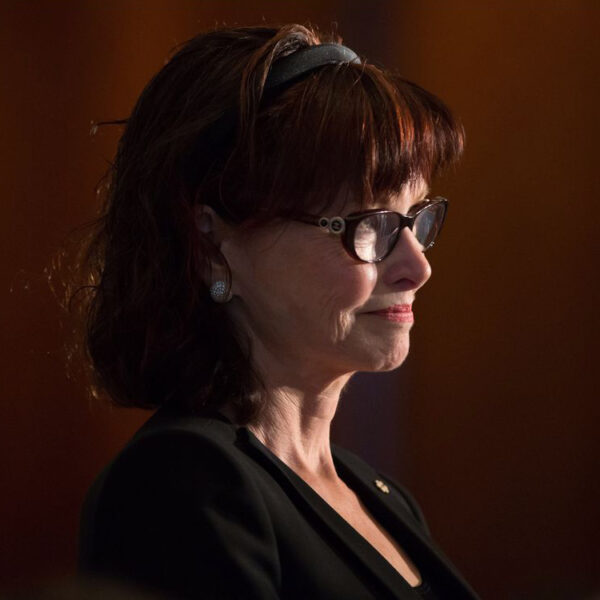 Carole Taylor’s professional career has moved from public affairs broadcasting to politics to business and back again. Throughout these transitions, one thing remains constant: a desire to contribute.

While still in high school, Ms. Taylor began her television career with a program for teenagers called After Four, broadcast on CFTO, Toronto. This evolved into a long-term relationship with CTV, highlighted by her work on Canada AM and W5. Whether it was reporting from Chile during the revolution, or from Honduras in the midst of devastating floods, Carole Taylor’s concern for journalistic integrity was obvious. Covering the Yom Kippur war in Israel for W5 was a life-changing experience. In the years that followed, Carole Taylor went on to work for the CBC as well, hosting many shows including Pacific Report and Authors.

Politics had always been a strong interest for Ms. Taylor, who was often called upon to conduct television year-end interviews with the Prime Minister. In 1986, Carole Taylor herself decided to enter the political world. She ran and was elected as an Independent Alderman for Vancouver City Council.

Throughout her career, Carole served on a number of non-profit and corporate boards. In July 2001, Carole Taylor was appointed Chair of the Board of CBC/Radio-Canada, this at a time when public broadcasting systems around the world were under increasing pressure. It was a hallmark of her time at CBC that she fought for regional and multicultural representation both on-air and behind the scenes at our national broadcaster.

The spring of 2005 saw a return to politics for Taylor as she ran for the provincial Government in British Columbia. Elected as a BC Liberal MLA in the riding of Vancouver-Langara, she was subsequently named Minister of Finance by Premier Gordon Campbell in June 2005. Carole Taylor delivered four surplus budgets and led the historic labour negotiations that saw 100% of the public sector contracts settled before they expired. This $6 billion negotiation covered more than 300,000 workers including doctors, nurses, teachers, HEU, BCGEU and CUPE members.  As Finance Minister, Carole oversaw the modeling and implementation of a comprehensive and ground-breaking Carbon Tax for the Province of BC.

In December of 2008, Carole resigned her seat in the Provincial Legislature and was named Chair of his Economic Advisory Council by Canada’s Finance Minister Jim Flaherty, a one year commitment. This was an exceptional time to be intimately involved in the problems and challenges Canada faced during the global financial crisis.

In June 2011, Carole Taylor was named Chancellor of Simon Fraser University (SFU), now Chancellor Emeritus, and served as Special Advisor on public policy to the Premier of BC. Currently, Carole is Chancellor of Victoria University in the University of Toronto. As well, she is a Member of the Trilateral Commission and involved in public policy initiatives with BC Business Council, the Conference Board of Canada and the Vancouver Board of Trade.

The recipient of many awards, including the Peter Lougheed Public Policy Award, Carole has also received four Honorary Degrees in recognition of her accomplishments. Ms. Taylor was appointed an Officer of the Order of Canada in May 2001.