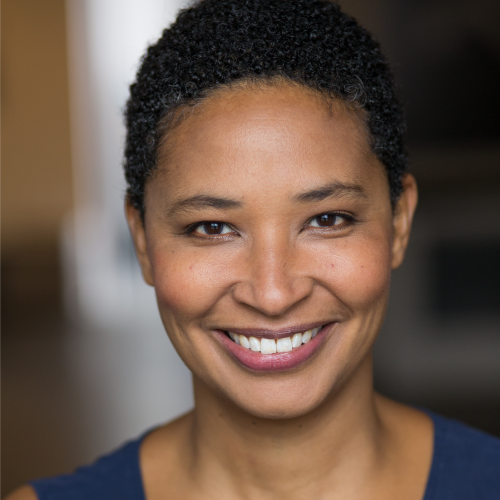 Danielle Allen, James Bryant Conant University Professor at Harvard University and Director of Harvard’s Edmond J. Safra Center for Ethics, is a political theorist who has published broadly in democratic theory, political sociology, and the history of political thought. She is the recipient of the 2020 John W. Kluge Prize for Achievement in the Study of Humanity, an award administered by the Library of Congress that recognizes work in disciplines not covered by the Nobel Prizes. Widely known for her work on justice and citizenship in both ancient Athens and modern America, Allen is the author of The World of Prometheus: The Politics of Punishing in Democratic Athens (2000), Talking to Strangers: Anxieties of Citizenship since Brown vs. the Board of Education (2004), Why Plato Wrote (2010), Our Declaration: A Reading of the Declaration of Independence in Defense of Equality (2014), Education and Equality (2016), and Cuz: The Life and Times of Michael A. (2017). She is the co-editor of the award-winning Education, Justice, and Democracy (2013, with Rob Reich) and From Voice to Influence: Understanding Citizenship in the Digital Age (2015, with Jennifer Light).

Inspired by her work in justice and citizenship, and troubled by the fact that so few Americans actually know what the Declaration of Independence says, Allen set out to explore the arguments of the Declaration, reading it with both adult night students and University of Chicago undergraduates. Keenly aware that the Declaration is riddled with contradictions―liberating some while subjugating slaves and Native Americans―Allen and her students nonetheless came to see that the Declaration makes a coherent and riveting argument about equality. They found not a historical text that required memorization, but an animating force that could and did transform the course of their everyday lives. In an “uncommonly elegant, incisive, and often poetic primer on America’s cardinal text,” Our Declaration now brings these insights to the general reader, illuminating the “three great themes of the Declaration: equality, liberty, and the abiding power of language” (David M. Kennedy).  With its cogent analysis and passionate advocacy, Our Declaration thrillingly affirms the continuing relevance of America’s founding text, ultimately revealing what democracy actually means and what it asks of us. Our Declaration was awarded the Heartland Prize, the Zócalo Book Prize, and the Society of American Historians’ Francis Parkman Prize.

In Cuz, a “compassionate retelling of an abjectly tragic story” (New York Times), Allen recounts her heroic efforts to rescue Michael Alexander Allen, her beloved baby cousin, who was arrested at fifteen for an attempted carjacking. Tried as an adult and sentenced to thirteen years, Michael served eleven. Three years later, he was dead. Why did this gifted young man, who dreamed of being a firefighter and a writer, end up murdered? Why did he languish in prison? And why at fifteen was he in an alley in South Central Los Angeles, holding a gun while trying to steal someone’s car? Hailed as a “literary miracle” (Washington Post), this fierce family memoir makes mass incarceration nothing less than a new American tragedy. Henry Louis Gates called Cuz “an elegiac memoir and social jeremiad.”

Allen is also the principal investigator for the Democratic Knowledge Project, a distributed research and action lab at Harvard University. The Democratic Knowledge Project seeks to identify, strengthen, and disseminate the bodies of knowledge, skills, and capacities that democratic citizens need in order to succeed at operating their democracy. The lab currently has three projects underway: the Declaration Resources Project, the Humanities and Liberal Arts Assessment Project (HULA), and the Youth and Participatory Politics Action and Reflection Frame.

Allen is past Chair of the Mellon Foundation Board and the Pulitzer Prize Board, as well as a member of the American Academy of Arts and Sciences and the American Philosophical Society. She is a co-Chair of the Commission on the Practice of Democratic Citizenship, formed to explore how best to respond to the weaknesses and vulnerabilities in political and civic life. Its final and bipartisan report, Our Common Purpose: Reinventing American Democracy for the 21st Century, was released in June 2020 and includes six strategies and 31 ambitious recommendations to help the nation emerge as a more resilient democracy by 2026, the nation’s 250th anniversary. As Director of Harvard’s Edmond J. Safra Center for Ethics, Allen lead a collaboration of scientists and researchers at leading institutions including Harvard Global Health Institute, Rockefeller Foundation, CovidActNow, Covid-Local, CIDRAP and many other to develop the Key Metrics For COVID Suppression framework, the that provides clear, accessible guidance to policy makers and the public on how to target and suppress COVID-19 more effectively across the nation.

For more information on Danielle Allen please visit her on Twitter, at Harvard Scholar, and explore her page on The Washington Post.