World-renowned philosopher, futurist, and author of Team Human and Throwing Rocks at the Google Bus 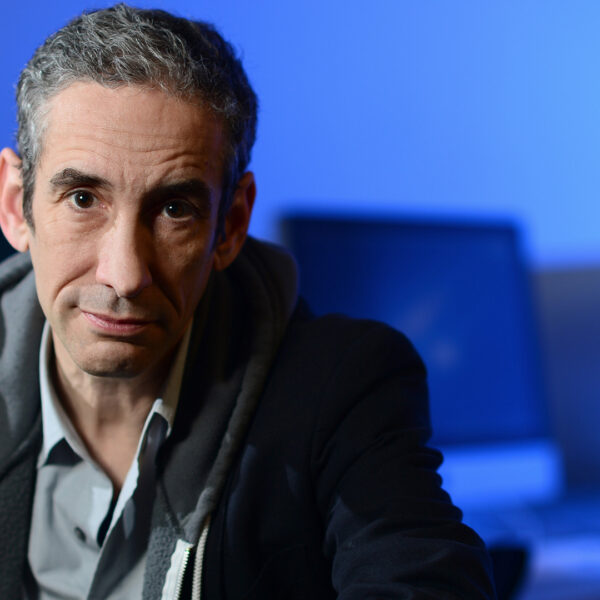 Instead of trying to optimize ourselves for the automated future, we should be designing technology for human beings, says Douglas Rushkoff. A world-renowned philosopher and futurist, Rushkoff’s inspiring books (like his new call-to-arms, Team Human), documentaries, and articles help communities, companies, and governments navigate the tech-augmented landscape ahead. His funny, agile talks show how we can put human creativity at the heart of businesses, even as we embrace automation and all the change it ushers in.

An author and documentarian, Douglas Rushkoff has spent his prolific career thinking about how new media and technology are impacting culture, business, and the economy. Named one of the world’s 10 most influential thinkers by MIT, Rushkoff has written 15 bestselling books and coined such concepts as “viral media,” “social currency,” and “digital natives.” His talks are a culmination of his pioneering work, and an infallible source of what’s to come.

In expansive and exuberantly perceptive keynotes, Rushkoff touches on subjects as varied as how educators can retain the value of live presence in classrooms populated by screens, or how branding and advertising professionals can communicate with the human consumers behind the statistical profiles. We can re-humanize our technology and economy, he says; and in his book and popular podcast of the same name, Team Human, he shows how to reconnect people at work, home, school, in our faith practices, and even politics. His approach yields better, longer lasting results—for individuals, and the connected communities we form together.  “Rushkoff [has] a pretty good idea of how information technology and the culture we’ve built with it went off the rails. He even has a pretty clear idea of how to get things back on track,” says NPR.

Among his bestselling books, translated to over 30 languages, are Present Shock, an exploration of our instantaneous, always-on culture, Program or Be Programmed, a clarion call for digital literacy, and Throwing Rocks at the Google Bus: How Growth Became the Enemy of Prosperity, a critique of the digital economy and a set of actionable principles for thriving within it.

A witty and astute media presence, Rushkoff has made many television, NPR, and PBS appearances, including his Frontline documentaries Generation Like, about teens and social media; The Persuaders, about the arms race between marketers and the public; and The Merchants of Cool, about who really drives youth culture. Rushkoff has appeared everywhere from Occupy Wall Street to The Colbert Report. He is also Professor of Media Theory and Digital Economics at CUNY, a correspondent on digital business and society for CNN, a consultant to the United Nations and the State Department, a graphic novelist, and the winner of the Marshall McLuhan Award for Media Writing, as well as the first Neil Postman Award for Career Achievement in Public Intellectual Activity.

View: The Future of Media