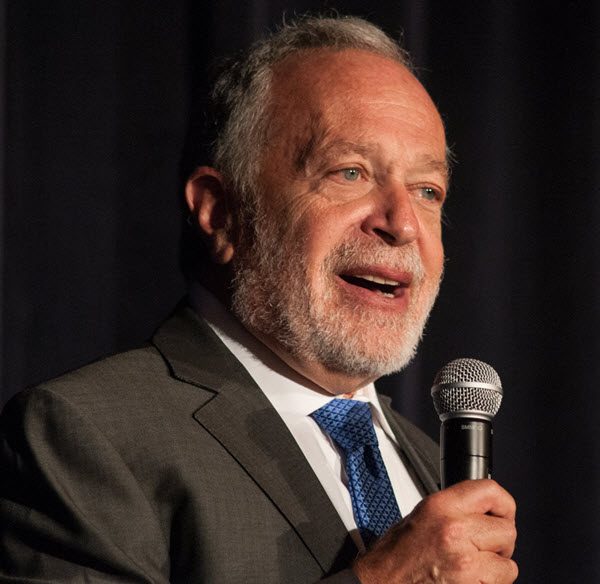 Robert Reich is Chancellor’s Professor of Public Policy at the University of California, Berkeley and Senior Fellow at the Blum Center for Developing Economies. He has served in three national administrations, most recently as Secretary of Labor under President Bill Clinton, for which Time Magazinenamed him one of the ten most effective cabinet secretaries of the twentieth century.

He has written fourteen books, including the best sellers Aftershock, The Work of Nations, Beyond Outrage, and, his most recent, Saving Capitalism.

He is also a founding editor of The American Prospect magazine, chairman of Common Cause, a member of the American Academy of Arts and Sciences, and co-creator of the award-winning documentary, Inequality for All.

In 2003, Reich was awarded the prestigious Vaclav Havel Vision Foundation Prize, by the former Czech president, for his pioneering work in economic and social thought.

We hosted Robert Reich, Chancellor’s Professor of Public Policy at the University of California, Berkeley and Senior Fellow at the Blum Center for Developing Economies, as part of the Phil Lind Initiative series for a talk on “The Rise of the Anti-Establishment” at the University of British Columbia on March 1, 2017. Watch his full talk here.